Two big events happened today & Vanguards have helped out in big ways with both:

1) The big tree behind the dining hall fell to make way for the new Heath Center. 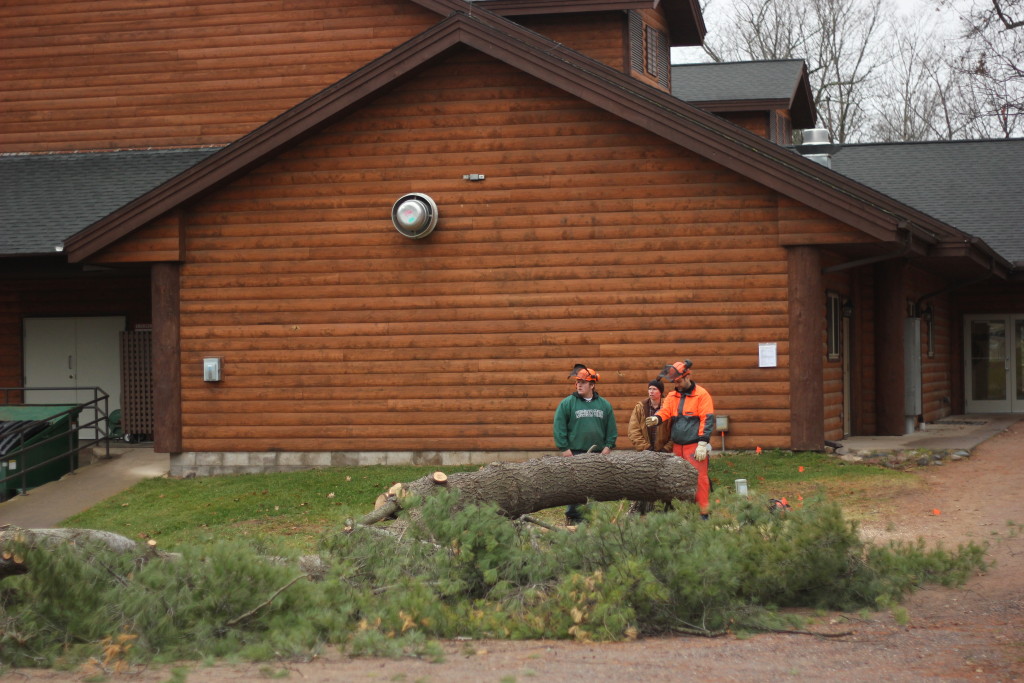 They’ve now been chipping and chainsawing since midmorning to turn the wood into mulch, firewood, and even saving a long section to mill. It’s unfortunate the tree had to be cut, but we’re using all the parts – and excited to see the Health Center move forward!

2) Our broomball courts are being framed up. 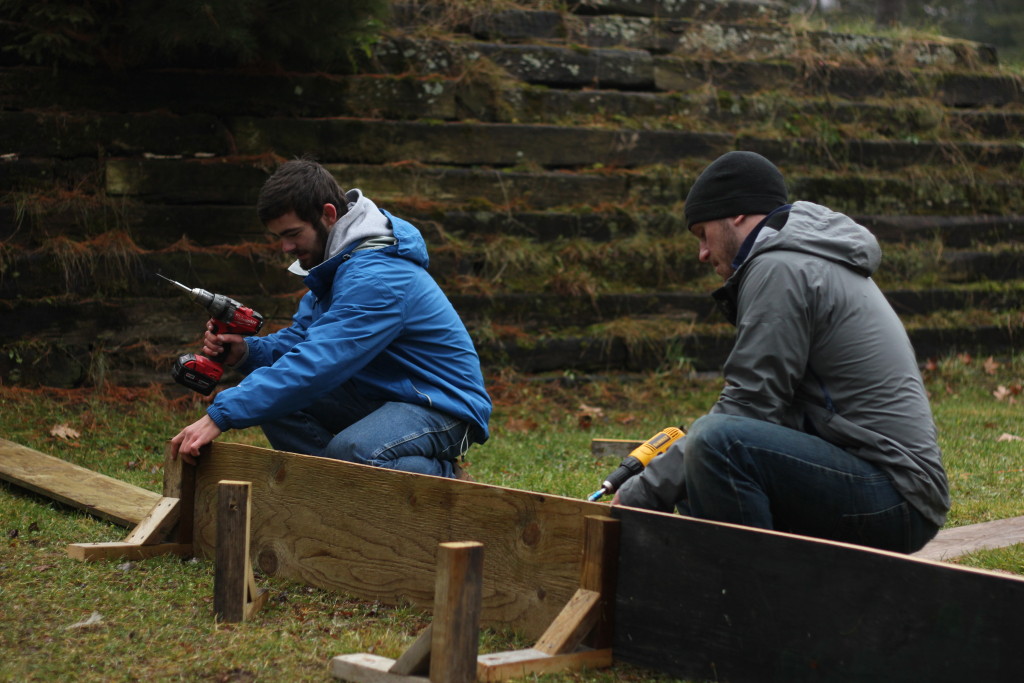 Joe has led his construction team, David and Seth, to build the framing on the two courts we’ll have this winter. This morning, they tackled the basketball court while this afternoon they’re getting after the court by Loberg. Once the weather gets a little colder, we’ll start filling them in, and icing will become a nightly chore!

A couple more shots from today: 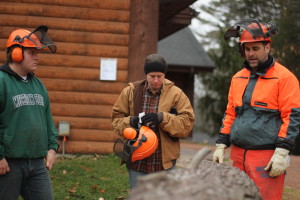 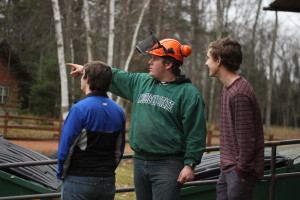 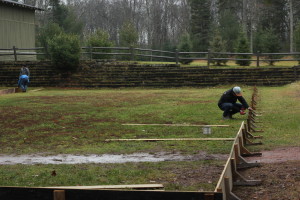 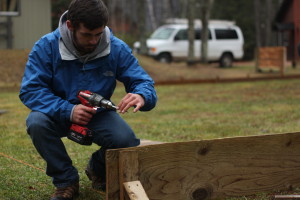 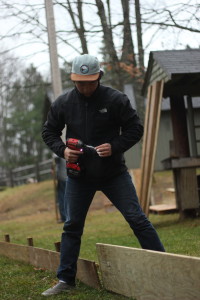 ← Chopping Down Stereotypes
Seminars, Work Rotations, and Preparations – oh my! →